Not only does the center of Merida have the privilege of housing an important archaeological site. The region of Mérida is full of remains that history has left scattered throughout its geography. Below, you can find several alternatives for short trips in the area surrounding the city.

About five kilometers northwest of the city lies this Roman reservoir. The dam, one of the largest of ancient times, is 425 meters long and 21 meters high and it closes off a natural basin fed by two streams while likewise collecting rain water and water from natural springs.

Downstream, the dam is supported by a large earthen wall. Attached to the dam and embedded in the earthen wall are two towers from which access was provided to the water outlets that were at different heights on the wall. From these towers, the water passed to the hydraulic system that arrived to the north of the city before crossing the Albarregas Valley over the Acueducto de los Milagros (Los Milagros Aqueduct). Attached to the dam is an important wool washery from the eighteenth century.

The reservoir is one of the great recreational areas of the city, especially in the summer, thanks to the bathing areas that have been set up, in addition to the installation of refreshment stands and the construction of perimeter roads around the reservoir, whose dam is also of Roman origin.

Nearby, we find significant extensions of meadows that host bird species such as the Short-Toed Eagle, Booted Eagle, Black Kite, and White Stork. On the banks of the reservoir, visitors can see Black-Crowned Night Herons, Little Egrets, Grey Herons, etc.

After seeing the Nature Reserve Interpretation Center, which you´ll come across as soon as you leave the service road, located at the Park's access point, you'll have to travel about four kilometers until you reach the reservoir.

This reservoir is located to the northwest of Mérida, at the start of the Aqua Augusta hydraulic system – a system which provided water to the entire southern zone of the city. It collects, in a ravine between two hills, all the waters that come from the channels and dams built atop the Sierra Bermeja Mountain Range, as well as the waters from springs existing in the basin of the dam itself. Then, over a course of about 15 kilometers, channels which provide water from different springs are added to the main system, such as from the Borbollón spring. As for the part which remains, the dam is 200 meters long and 18 meters high.

The majority of the Nature Reserve is covered by Holm Oak and Cork Oak meadows, as well as wooded areas with thickets and bush; however, you can also see species such as the Strawberry Tree, Mastic Tree, Rockrose, and Common Fern. As regards wildlife, more than 250 species of vertebrates can be admired – a noteworthy mammal is the Wildcat, which is endangered. Likewise, amongst the amphibians, worthy of mention is the Iberian Midwife Toad. Finally, from the ornithological point of view, up to 155 species are present, including the Black Stork, Griffon Vulture, Spanish Imperial Eagle, Black Kite, and the Black-Winged Kite, amongst many others. This space is classified as an SPA (Special Protection Area for Birds). 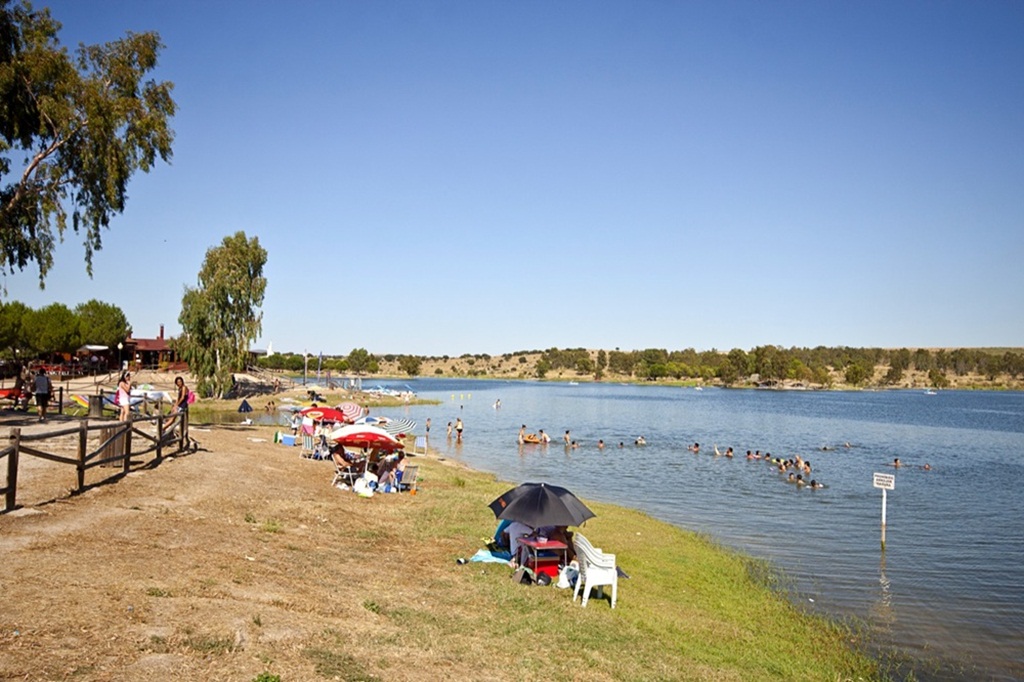 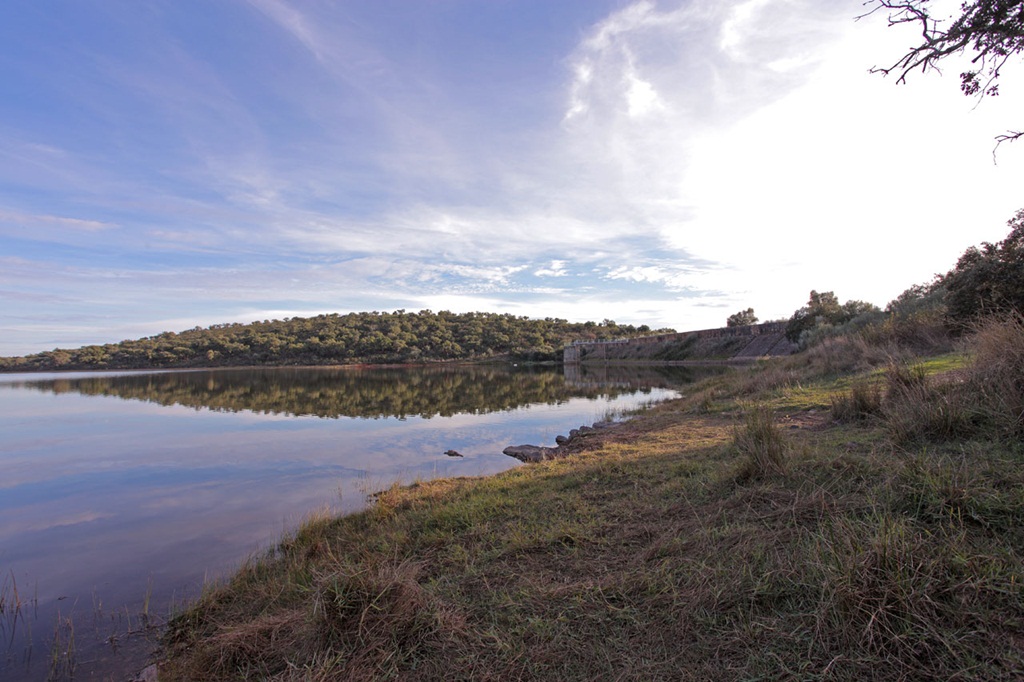 3. THERMAE AND CASTLE OF ALANGE

27 kilometers south of Mérida, in a place of unparalleled beauty, baths with salubrious waters were built (balnea) during the times of the Flavian dynasty. These baths became known as Aquae. We can still enjoy the healing waters of these baths, which have proven effectiveness, as can be read in the inscription on display in the facilities' access courtyard. In said inscription, the Governor of Cappadocia, Licinius Serenianus, thanked the Goddess Juno for healing his little daughter, Varinia Serena.

A good part of the original structure is still preserved: a rectangular building with two circular twin rooms. These rooms have walls with exedras that support the weight of the enormous hemispherical domes. Said domes culminate with a circular oculus similar to those of the famous Pantheon in Rome, through which light and air entered.

You cannot miss visiting the remains of the fortress known as the “Castillo de la Culebra” (“Castle of the Snake”) on top of the hill next to the town. From its walls, you will have the opportunity to see one of the most beautiful landscapes of Extremadura, with the magnificent Alange Reservoir in the foreground.

In this castle, the tumultuous Ibn Marwan, the Mérida native who founded Badajoz, took refuge each time he rebelled against the Cordovan Umayyad in the fourth century. After it was taken by the Christians in 1234, Ferdinand III donated it to the Order of Santiago and almost all the pieces that are still in existence today date back to that period – including the keep.

The dolmens were funerary works in whose construction the whole community got involved. They were places of worship, landmarks of power, and helped to mark territory; however, above all, they served as tombs for groups of prominent figures from the Final Neolithic and the dawn of the Copper Age.

The Prado de Lácara Dolmen is located in what is today a beautiful wooded area. It has a long corridor, about 20 meters long, divided into three parts. Said corridor leads to a polygonal burial chamber about 5 meters in diameter. It consists of five large pieces of granite (orthostates) which measure more than 5 meters high, atop which numerous other cyclopean slabs, which have not been retained, sat. The complete set was buried under a giant mound of earth.

It is, today, the largest dolmen of the Peninsula and was part of a dolmen system that ran throughout the Sierra de San Pedro Mountain Range. 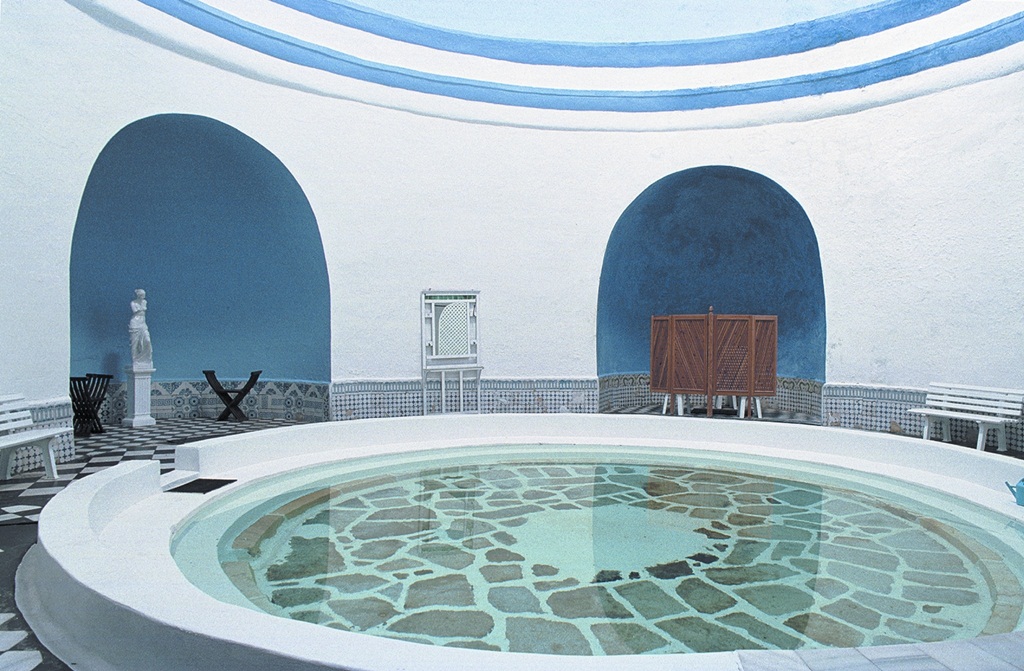 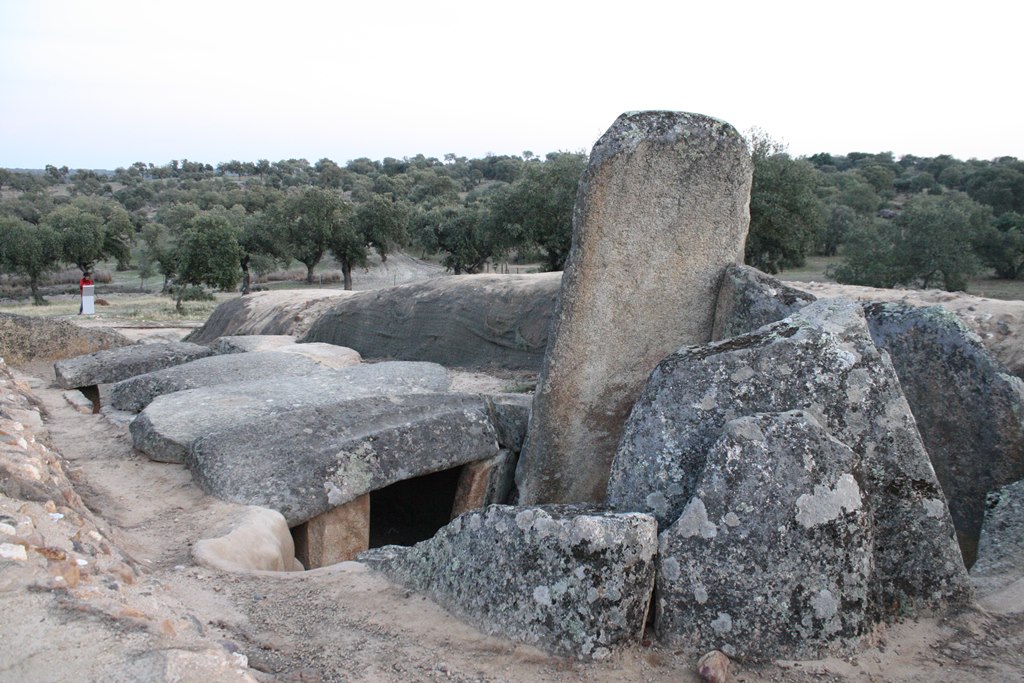